How The Best Laser Jammer Works and What To Look For 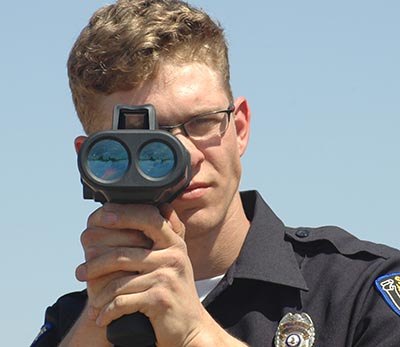 The laser's pinpoint beam makes it target-specific and nigh impossible to detect. The only defense is a good laser jammer.

The laser's pinpoint beam makes it target-specific and nigh impossible to detect. The only defense is a good laser jammer.

A laser jammer detects a police laser beam, decodes the signal and transmits a reply. If this bogus return signal is at the correct frequency and the same pulse-repetition rate (PRF), it confuses the laser gun. No speed is displayed.

Most high-end custom-installed radar detectors come with laser jammers and stand-alone systems are also available, designed to be used in parallel with a windshield-mounted radar detector.

A typical stand-alone laser jammer system has three components. The jammer transceiver, sometimes called a head, is a waterproof module containing the laser detection and transmitting electronics. A small box houses the jammer's microprocessor and often serves as a wiring interface as well—the jammers usually plug into it using telephone-style connectors. There's also an audible/visual alert system to warn of attacks.

To defeat a laser the front laser jammers must protect the headlights, license plate and surrounding reflective surfaces. In the rear, the license plate and tail lights are the primary targets. The center high-mounted stop light, backup lights and vertical, reflective surfaces are also targets. Even a tailgate-mounted spare tire/wheel assembly is fair game; we've targeted a Jeep Wrangler's aluminum spare wheel from 2,500 feet away. 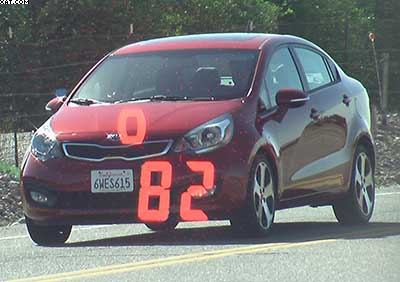 A single jammer can't protect a passenger vehicle; at close range the pinpoint laser beam can paint one spot without touching a nearby jammer and setting it off.

At least two front jammer transceivers are needed, more on larger vehicles like pickups. And that's if the laser jammer is a good one. With a poor system it won't matter how many jammers are installed—the laser will ignore them.

It's also important to note that a few laser guns are jam-proof. Their signals can't be detected, meaning there will be no warning and no defense. This increases the attractiveness of Veil which decreases the light reflected from a vehicle, limiting laser's maximum range.

Aside from a radar antenna, most custom-installed (built-in) models include laser "shifters" that subtly alter a laser's return signal, preventing it from reading a speed.

Aside from a radar antenna, most custom-installed (built-in) models include laser "shifters" that subtly alter a laser's return signal, preventing it from reading a speed.

The size of a jammer is important; the larger the jammer, the more limited its mounting options. Today's aerodynamically-contoured vehicles offer scarce front-end real estate for aftermarket equipment. It's possible to hang a jammer in front of the grille, but aside from being an aesthetic disaster, this subjects the jammer to crash damage and announces its presence to all, curious cops included.

The situation isn't much better in back. The plate is the best target; a taillight or even the center high-mounted stop light (CHMSL) will also work. The plate and both taillights must be protected, but on many vehicles there's no way to do this. A jammer placed midway between the license plate and taillight on each side is impossible without hacking holes in the bumper cover. Fortunately, laser attacks from behind are not the norm.

There's no cheap way to counter lasers and the price of admission starts at about six bills. But compared to the downside of a laser encounter, the case can be made for using a good laser jammer.