Blast From the Past: VASCAR Returns

Blast From the Past: VASCAR Returns

Radar Alternative Has New Fans Among the Traffic Enforcers 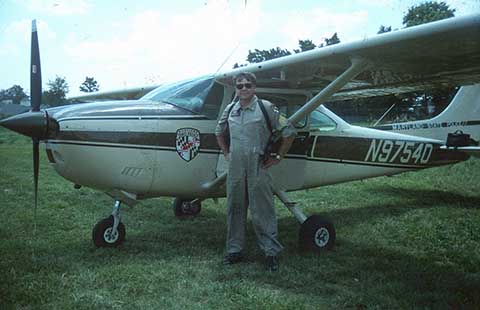 For speeders who haven't already lost sleep fretting about radar and lasers, there's some retro-hardware that merits concern. Like an aging matinee idol rescued from obscurity, a speed-measuring device from the Sixties has been freshened up and finds new fans among traffic police nationwide.

VASCAR, introduced in the mid Sixties and publicized little since its heyday in the Seventies, has made a quiet comeback in recent years. Police like it because it doesn't use radar or laser technology and radar detectors offer no defense. The first warning of a VASCAR trap often is a trooper pulling up behind the speeder with lightbar aglow.

VASCAR (Visual Average Speed Computer and Recorder) is a time/distance computer used to time a vehicle between two reference points. The officer retraces the violator's path to measure the distance and the computer displays the average speed.

For stationary speedtraps an officer can drive between two reference points and store the distance to memory. From a vantage point like a freeway on-ramp, he can then flick the Time switch on and off to measure the speed of passing vehicles.

For aircraft speed enforcement, highway departments paint stripes on the road and furnish the distance to pilot or observer. Then cars are timed between the marks and average speeds calculated. Chase cars below stop the violator and issue the ticket.

The hardware's accuracy tolerance is plus or minus 1 percent. Since at freeway speeds the minimum recommended clock is one tenth of a mile, the operator can miss his marks by a fair distance and still get a clock within a 2-3 percent accuracy window.

Ticketed drivers who contest the charge in court find that the VASCAR conviction rate is higher than with radar.

The Maryland State Police has installed VASCAR on motorcycles as well as cruisers and aircraft. The biggest users are Florida, Indiana, Maryland, North Carolina and Wisconsin. It's also in service in Arizona, Kansas, Illinois, Minnesota, Ohio, Pennsylvania and 27 other states.

With traffic police increasingly frustrated by detector-equipped speeders, it's a safe bet VASCAR will remain part of the speed-enforcement scene.