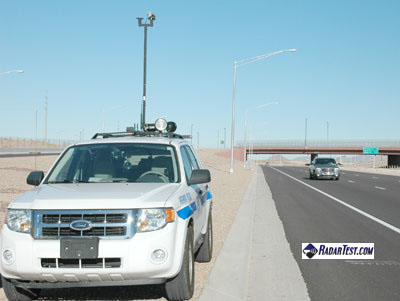 After our last test against photo radar (mobile speed camera) technology, two things were clear: 1) Most radar detectors can't spot it from 30 feet away and, 2) There are some exceptions, but you won't find them in the closeout bin at Sam's Club.

We've been testing radar detectors against these automated ticket-generating devices since 1991 and despite advances in detection technology, these specialized radars are not much easier to spot today.

The commonly used Redflex photo radar, for example, is an ultra-low-powered K-band unit that's exceptionally difficult to ferret out. Most detectors can't spot it from across a six-lane freeway under perfect conditions.

It's been awhile since last test against photo radar and now that it's popping up like springtime dandelions, we felt it was time for a rematch. Keep in mind that because of its nature, detection range against this type of radar is exceptionally volatile. In an earlier test against the same type of radar, a couple of these same models fared considerably better.

Unlike last time, we conducted this test on an empty freeway. This eliminated a key variable that can dramatically skew the results—other vehicles to deflect the microwave signal. This causes it to ricochet among nearby objects and toward the detector, making the detector's job far easier and usually extending detection range. We made three runs with each radar detector and averaged them.

Earlier tests proved that low-end models are worthless at detecting photo radar. So this time we tested high-end models, focusing on some new GPS-enabled units and on proven long-range champs with very hot K-band performance. Retail prices ranged from $299 to $499. 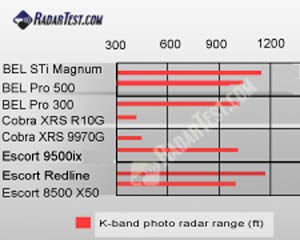 Next was the BEL (Beltronics) Pro 500, a GPS model. Considering its price, another Beltronics unit, the BEL Pro 300, showed good performance against the Redflex photo radar.

The Cobras belatedly alerted an an average of about 500 feet—about 4.5 seconds' worth of warning time at a 75 mph cruise, at least if you're driving in the lane nearest to the radar. Unfortunately, we found that when driving in lane one, nearest the median, neither Cobra alerted to the radar. The extra 100 feet of separation between detector and radar was enough to render them mute.

Study the scores and it's clear that this is one threat where an otherwise-capable detector can't help much. You'll need a detector with outstanding performance to counter this type of stealth radar.