Can a no-frills entry-level model be considered the best radar detector? 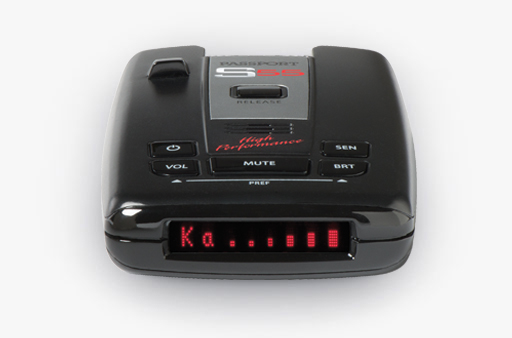 The X80 uses an older Escort platform, which results in some compromises. Most notable is an unending string of false alarms. Blame this on the proliferation of Blind Spot Monitoring (BSM) systems, which make low-priced detectors like this rather chatty companions.

BSM systems use radar to spot adjacent vehicles and warn when a lane-change maneuver is dangerous. They transmit continuously, setting off every detector in the vicinity.

Unfortunately, BSM radar shares the K-band frequency with police radar and elderly models like the S55 can't tell them apart.

The noise problem gets worse around town where radar-controlled automatic door openers also pollute K band. Drive within a quarter-mile of a Walmart and expect an alert. Commuters who pass the store twice daily can expect two alerts.

The latest detectors use GPS to eliminate false alarms from door-opener radar. They're pricier than the Escort S55 but worth it: without GPS, a detector goes off pretty much nonstop.

The S55 and X80 are similar under the skin—both use the same platform—and they have similar performance. The X80 does have a few upscale features missing from the S55—Bluetooth, for example.

This wireless technology isn't a big deal except for those planning to use the Escort Live app. The $49 app—not compatible with the S55—links an Escort detector with a smartphone and uses the phone's GPS.

Without this technology, like other non-GPS models the Escort S55 reliably goes off each time you drive by automatic door openers. So does the Escort X80. Only when the latter is paired to a cellphone running the Escort Live app can it remember door-opener radar and ignore it.

The S55's upper housing receives a swath of faux brushed-aluminum with a chromed capital S on the product name. The brightwork casts annoying mirror images into the windshield on sunny days.

The S55 lacks the X80's audio jack, making it a poor choice for a motorcyclist who wants to listen through a helmet headset or earbuds.

Also on the missing list is a USB port. This may be a deal-breaker for without USB, the firmware can't be upgraded to meet future threats.

Tested at our Hill/Curve site, the duo turned in nearly identical scores. Does this make the S55 a better buy than the X80?

Maybe, at least for those who buy radar detectors like disposable lighters. But older designs like the S55 and X80 lack the ability to control false alarms, reason enough for many to consider moving upmarket to a model with more advanced technology. See the most recent review of the 10 best detectors.