Which is better for highway driving?

Which is better for highway driving? 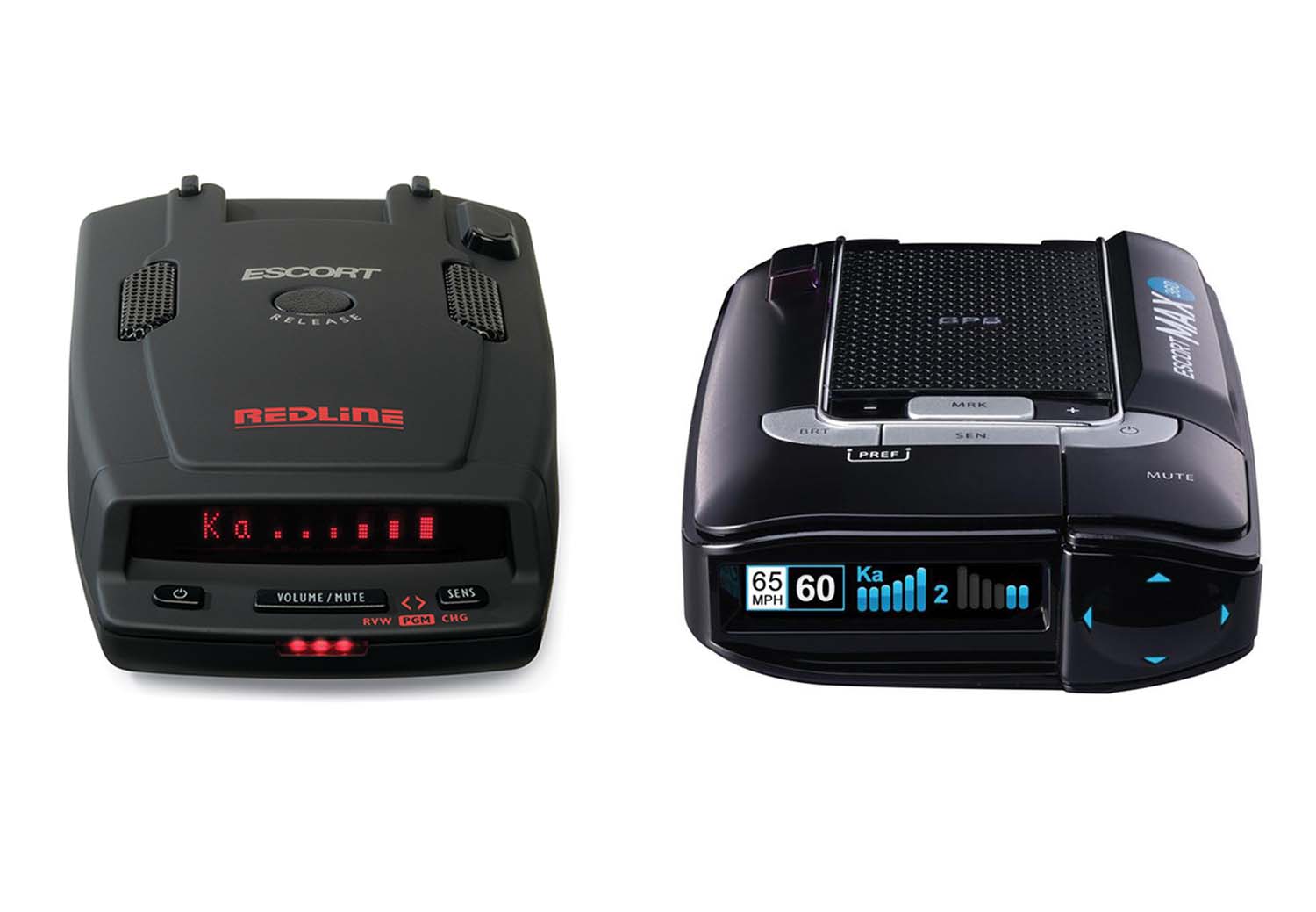 Note: The Escort Redline has been replaced by the Redline 360c and the Max 360 by the Escort Passport Max 360c.

The Escort RedlineXR is unique in having two forward-facing radar antennae. The second antenna is intended to maximize range.

In contrast, the Escort Passport Max 360 (and its replacement, the Max 360c) has a second antenna pointing rearward. This lets it show whether the radar's in front or behind.

The Max 360's GPS allows it to recognize radar-controlled door openers and lock them out automatically after a few encounters. Called AutoLearn, the detector stays silent when it spots the same radar on future visits. If a new radar source appears at the location, it's considered a threat and a warning is sounded.

The value of the arrows can be debated—the universal reaction to a radar alert is to slow down, no matter what direction the beam is coming from. And radar to the sides is harmless; it only works accurately when the paths of target and radar are in alignment.

Regardless, we were curious to see which design works better on the road. To find out, we gathered the two contenders and measured their radar range, speed of response and resistance to false alarms. Here's what we found.

Tested at our Hill/Curve site, the Passport Max 360 lagged 10 percent behind the RedlineXR on X band while delivering 12 percent better K-band range.

The Max 360 lagged well behind the RedlineXR in spotting the Ka-band radar used by state police.

We learned that the Max 360 ignored radar signals less than 1.0 second in duration. This can reduce false alarms but makes it likely to miss the sub-second blasts of instant-on radar spotted by the RedlineXR.

We also found that a troubling effect of the Max 360's rear radar antenna was a doubling in the number of false alarms. It would alert, say, to a phantom K-band radar on the front antenna which would stop as we passed the source. Then a new alert would sound, this time when the rear antenna saw what it thought was a new threat.

To measure their resistance to false alarms we created a 91-mile-long urban loop. Aside from 26 miles of freeways, the remainder was split evenly between city streets and county roads. On the first lap we logged the false alarms using a built-in model, the Escort Passport 9500ci. We found that most of the false alarms were caused by radar-controlled door openers.

When we made one more lap with each contestant, both Escorts were run in Auto mode to reduce false alarms.

The Escort RedlineXR false-alarmed six times over the 91 miles, all on K band. The Escort Max 360 barked 10 false alarms, one each on X and Ka bands, the rest of them K-band.

Over our 91-mile city route the Escort RedlineXR was the quietiest with six false alarms compared to the Max 360's 10.

On this occasion the big advantage of GPS was neutralized—we were traveling a route where the Escort Max 360 hadn't yet locked out radar-controlled door openers. But it did benefit from our slow speed, where it automatically lowered sensitivity.

We also found the Max 360 to be uncommonly vexed by Blind Spot Monitoring (BSM) radar. These use radar in the rear bumper to detect nearby vehicles and warn if a lane change is risky.

The Max 360 seems to regard them all as equally threatening. On a 1,280-mile freeway blast from Texas to Arizona, for instance, it alerted 72 times on K band. Sixty-five were false alarms, many of them triggered by BSM systems on nearby vehicles. The others were roadside Transportation Department radar message trailers with news of construction zones and similar information.

The Max 360 was similarly confused on Ka band: Of 16 alerts, only six were police radar.

Without the burden of the Max 360's higher K-band sensitivity, the Escort RedlineXR gave nine K-band alerts on the return trip to Texas, all caused by BSM radar on other cars. Each of the seven Ka-band alerts proved to be legit.

On a daily commute over familiar roads, GPS would shift the odds in favor of the Escort Max 360, likely keeping it quieter than the Escort RedlineXR.

For those who want GPS capability, it can be added to the Redline with Escort Live, the crowd-sourced early warning system. This app links a smartphone (iPhone or Android), to the detector via Bluetooth. Using the smartphone's GPS, it can lock out nuisance signals and cut false alarms substantially. Warnings of red light and speed cameras are another benefit.

Even without GPS, though, we judged the Escort RedlineXR the better traveling companion with noticeably better performance, quicker response and fewer false alarms.