Can the Navalert Protect Against Red Light Cameras?

Can the Navalert Protect Against Red Light Cameras? 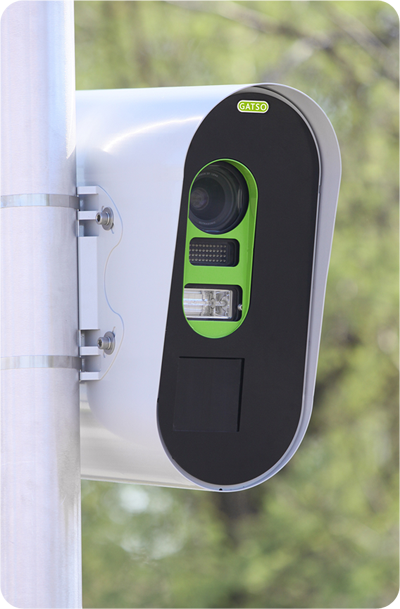 The Navalert promises inexpensive protection against red light and speed cameras. It's dash mount-only. A magnetic base must first be stuck to the dash, then the Navalert sits atop the mag-mount.

I'd suggest mounting it directly in the line of sight as the pale-green display disappears in sunlight and requires concentration to interpret at other times. 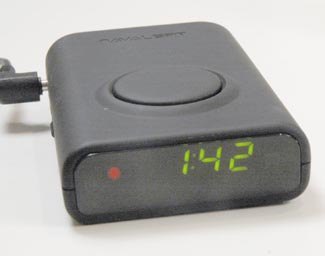 Aside from the customary GPS features—current direction of travel, road speed and GPS coordinates—the Navalert has some useful extras like an altimeter, trip elapsed time, trip odometer and average speed.

Two operating modes are available. Safe mode warns not only red light cameras but also of "possible mobile speed cameras", high collision areas and "school zones" (during school hours). Cam mode warns only of speed cameras. After enduring almost constant alerts, nearly all warning of suspected hazards other than speed cameras, I chose the latter mode for its quieter operation.

Audio volume is controlled by a thumbwheel switch. A menu button controls all functions and since there's no separate option-selection button, it must be pressed for varying lengths of time to call up menu items and select an option. It's a slow, clumsy method and I wouldn't suggest leaving home without the user manual.

In Cam mode, voice alerts are limited to system-ready, camera locations and overspeed (road speed compared to the posted limit) warning. An all-clear chime sounds when the danger point is past. User locations, or points of interest (POI) can be marked by the user but can't be flagged according to their nature. Upon returning to a marked location, the Navalert merely indicates you've arrived at a user POI.

There were some hiccups in the Navalert's performance. For instance, it sometimes displayed speeds in kph units rather than mph. Warnings of "overspeed" near camera locations frequently were wrong because the database's speed limits were incorrect. And I found that the "overspeed" voice alerts can become annoying. Raising the speed threshold is possible and the feature can also be disabled, but first it'll need to be linked to a PC that's logged-on to the corporate website.

The default alert strategy gives an extremely long warning distance, 500 meters followed by a second alert chime at 200 meters. This is more than is necessary in many urban situations and only adds to the cockpit distraction. This can also be adjusted, but only with the unit connected to the internet.

The Navalert camera alerts are directional and it alerts only if your direction of travel coincides with an intersection approach that's camera-monitored. This is a smart strategy—also employed by the Cheetah C100 and the Cheetah GPS Mirror—and vastly reduces the number of alerts to cameras that pose no threat.

The Navalert database is not as complete or as current as competitors'. More emphasis seems to be placed on adding new sites than in removing obsolete sites from the registry. It frequently alerted me to camera sites that had been deactivated or removed two or more years previously. And it was more prone than the its competitors to omitting camera locations.