Radar from Behind: The Real Story

Does a rear antenna make a difference?

Same Direction radar can clock targets ahead of and behind the rolling cruiser.

Judging from all the internet chatter, it would appear that police have unleashed a new doomsday weapon: a super-radar that can sneak up from behind and blast you without warning. The only defense, say these breathless missives, is a radar detector with a second, rearward-facing antenna. Like any good rumor this one contains just enough truth to lend it some credibility. But there's more to the story.

The best rear detection range we've seen by a model without a rear-facing antenna was from the Escort Redline. It routinely detected radar when it was still 1.25 miles behind us. 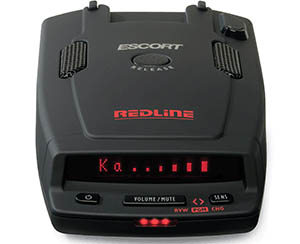 During one test the Redline alerted to Ka-band radar 4.1 miles behind us. We knew its location because it was our radar. At the moment we were following an 18-wheeler with polished-aluminum trailer doors. The extraordinary range baffled us until finally someone suggested that the mirror-like doors might be acting like a giant reflector, bouncing the signal back into the Escort's forward-facing antennas. He was right; when we dropped back a bit the signal disappeared.

The Valentine One has a rear antenna; so do the Escort Redline 360c (actually it has three: two front, one rear) and Escort Passport Max 360c. The rear-facing antenna gives them about the same range on radar coming from behind as radar in front. Sometimes that can be too much, given radar's limitations when it's used on cars in front of the rolling cruiser.

Pointing a second antenna backward can have a downside: twice as many false alarms. For example, on one 750-mile road trip our V1 alerted to the X-band radar on cellphone towers from up to 15 miles away. After we finally passed one, the rear antenna spotted it and we got a second alert for 15 miles. We noticed the same behavior in the Max 360c.

Radar in back is harder to spot, but that doesn't mean a detector with a rear antenna is the only solution. A sensitive detector will easily pick up radar coming from behind when the signal reflects from an object up ahead—a road sign is plenty—and bounces back into the antenna, setting it off.

Radar from behind can be a threat, but it's nothing to lose sleep over. For all but the very unlucky, any detector with good range will see it coming in plenty of time.