Competitive with Uniden and Cobra?

Competitive with Uniden and Cobra? 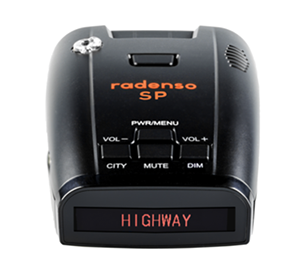 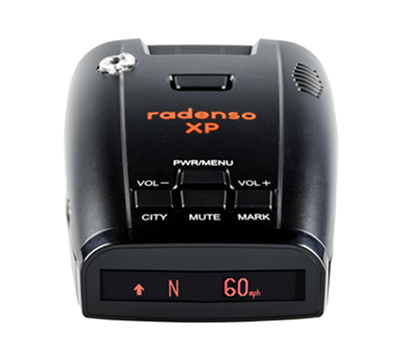 The latter issue lately has become as important as performance, with the highways saturated with Blind Spot Monitoring (BSM) radar. These use radar in the rear bumper to detect nearby vehicles and warn if a lane change is risky. They share K band with police radar and detectors unable to tell the difference will false-alarm endlessly.

The better radar detectors, the Radenso SP among them, have filters to help identify BSM radar and ignore it, a significant advantage.

Like its look-alike sibling, the XP ($249), the Radenso SP display has extra-large alphanumeric characters against a black background. In contrast to the displays found on competing Escorts and Unidens, the Radenso's remains readable on sunny days.

Same as the XP, this Radenso has a USB jack to permit online updates to keep its firmware current.

Unlike with some competitors, the Radenso SP has a City mode that allows users to adjust each band's sensitivity, helping to reduce false alarms. It's factory-set to reduce sensitivity by 40 percent on X band and 20 percent on K band. On Ka band, where alerts nearly always are police radar, the SP remains at maximum sensitivity. All of these settings can be adjusted.

A feature almost unknown in this price segment, Ka-band segmentation, allows users to choose which of the 10 segments are to be monitored. Only three are used by police radar; deactivating the others quickens response and limits false alarms.

The Radenso SP showed impressive performance on K and Ka bands, the two that matter in North America. It also displayed excellent resistance to false alarms from BSM radar in nearby vehicles.

We found the Radenso SP to offer a wide range of features and an effective audible/visual alert system. Its user-friendly operation and superior performance make it one of the beter detectors in this price segment.