Which is better at preventing speeding tickets?

The Radenso Pro M competes with the Escort Passport iXc (both $449) and each promises long range and an abundance of features.

The Radenso Pro M competes with the Escort Passport iXc and each promises long range and an abundance of features.

These two have GPS and advanced firmware, using it to identify and lock out nuisance radar. Mostly these are radar-controlled commercial door openers, which are everywhere and cause endless false alerts.

Curious to see which is the best radar detector, we evaluated their features, controls, mounts and alert systems. We also scrutinized their resistance to the false alerts that increasingly vex drivers today. Last, we tested them against the most widely used frequencies of police radar. Here's how they stacked up.

Our testers found favor with the windshield mount that attaches to the detector magnetically. Its large, GPS-style suction cup clings tenaciously to the windshield.

The iXc has both Bluetooth and Wi-Fi. The latter allows it to connect to the Escort Live app, a crowd-sourced ticket-avoidance network. The system broadcasts warnings of nearby speed-enforcement activity and helps keep tabs on the enforcers.

The iXc has a color OLED display that's found on other high-end Escorts and has the same shortcomings we've noted before. Among them: too much data crammed into too little space, tiny fonts and low contrast.

Borrowed from its upscale siblings is an Overspeed Alert. Factory-set at 70 mph, every trip above that speed elicits a verbal admonishment—Overspeed!—and the speed display ominously turns red. Fortunately, the speed nanny can be disabled via the Preferences menu.

A feature called Ka-band segmentation divides this super-wide band into 10 chunks. Only three of these are used by police radar and shutting off the others quickens response and reduces false alerts. 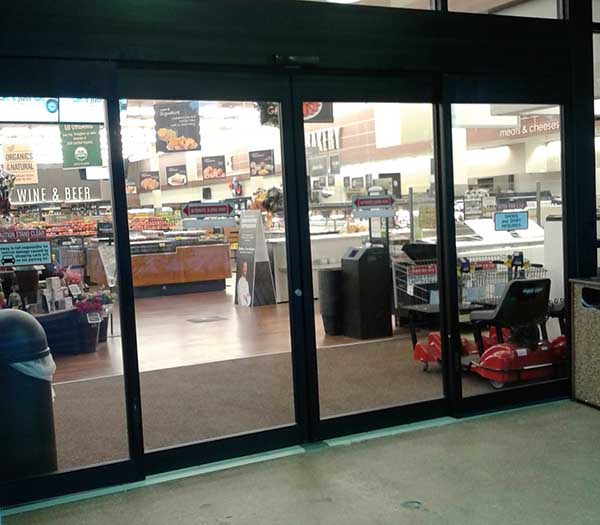 The iXc is operated by six top-mounted buttons so closely spaced that a finger can depress four simultaneously. Except when using the oversized Mute button, the best time to adjust the settings is probably when the vehicle is stopped.

A convenient touch is the coiled SmartCord USB with a USB charging port for smartphones. It also has a mute button and LEDs that light up during a radar attack. The SmartCord allows muting an alert remotely without having to reach up to the detector. It will also lock out nuisance signals like door openers. When connected to Escort Live, you can press a button and share with other Escort Live users newsworthy events like a roving cop car or a new speed trap in progress.

Wi-Fi lets the Passport iXc update its red light camera database wirelessly, without using a laptop. It will do the same for firmware updates.

The iXc has a feature exclusive to high-end Escorts, AutoLearn, which automatically locks out nuisance signals like radar-controlled door openers. After the signal is encountered two or three times it's identified as bogus and locked out. The next time you drive past, there's no alert. If a new radar signal is detected at the location, it's considered a threat and an alert is given.

Escort patented this feature and it can be found only on the company's GPS-enabled models. To avoid patent infringement, competitors including Radenso require users to accomplish the task by pressing a button.

Radar-controlled commercial door openers share K band with police radar and cause false alerts. The Radenso Pro M and Escort Passport iXc have technology to identify these and stay quiet when passing one.

A second strategy to suppress false alerts is Speed-Variable Sensitivity, which regulates sensitivity according to speed. At low speeds when long range (sensitivity) is unneeded, sensitivity is dialed back automatically; as speed rises full sensitivity is restored. Another of Escort's patents, it can be found on the company's GPS-enabled models.

To combat false alerts from BSM (Blind Spot Monitor) radar the Passport iXc has a BSM/IVT filter. It can be updated as new BSM technology appears on the road.

We noted a bigger performance gap when they squared off against 34.7 GHz Ka-band radar where it trailed the Pro M with 34 percent less range. The Escort's 34.7 GHz range is adequate and doesn't constitute a crisis, although this Ka frequency is used by state troopers in about two-thirds of the states.

The Escort Passport iXc will win fans with its automated features like the AutoLearn door-opener radar lockouts and Speed-Variable sensitivity.

On the flip side, the low-contrast display, fussy controls and annoying overspeed alert may cost the iXc some goodwill.

Those shopping for a sophisticated, set-and-forget detector could well be tempted to opt for the Passport iXc. It offers advanced features, sophisticated technology and balanced performance.

The Radenso is the smallest high-performance model, about half the size of the Escort iXc and noticeably lighter. Users who mount a detector high on the windshield may find the bite-sized Pro M better able to fit cramped spaces.

Like others in its family, the Radenso Pro M display has extra-large alphanumeric characters against a black background. Unlike the displays found on some competing models, it remains readable on sunny days.

The Pro M is one of the few detectors able to sniff out two models of radar, the Gatso RT3 and Multaradar CD/CT. Both are increasingly being used for red light and speed camera enforcement.

Ka-band range (blue and red bars) is the most important. Nearly every highway patrol uses this radar frequency, mostly the 34.7 GHz variant.

It has GPS, enabling it to ignore a radar-controlled door opener. Up to 200 locations can be stored in memory, double the number offered by competing Uniden models. The same technology warns of red light and speed cameras.

The Radenso Pro M has filters to identify Blind Spot Monitor (BSM) radar. These use radar in the rear bumper to detect nearby vehicles and warn if a lane change is risky. They share K band with police radar and detectors able to tell the difference will false-alert less often.

Radar sensitivity for each band can be adjusted independently and the user can also set a threshold speed for the onset of audible radar alerts. Visual alerts remain but audible alerts only begin above the threshold speed. This keeps it quieter at lower speeds when long range isn't needed.

On K band and 35.5 GHz Ka band the Radenso Pro M slightly trailed the Escort iXc. But on 34.7 GHz Ka band the Pro M had significantly longer range—34 percent. This will probably be of interest to those driving in the 30-odd states where the speed enforcers prefer this radar frequency.

Ka-band range (blue and red bars) is the most important. Nearly every highway patrol uses this radar frequency, mostly 34.7 GHz.

The Pro M lacks a few of the Escort iXc's upscale features—AutoLearn, for instance. On the flip side, the Pro M detects radar the Escort does not—Multaradar and Gatso—making it the logical pick for drivers frequenting areas where that radar is used.

Our testers also felt the Radenso's more legible display and superior control layout gives it an edge in user-friendliness over the Escort iXc.

We liked that the Radenso Pro M allows users a greater degree of adjustability than the Escort, likely making it the better choice for enthusiast drivers.

With no difference in price, the focus inevitably turns to performance. Here the Pro M's superiority in spotting the most frequently used type of radar tips the scale in its favor.